Practitioners’ corner - Knowing when to stop

Patient complaints to the Council are referred on to the Health and Disability Commissioner’s (HDC’s) office. 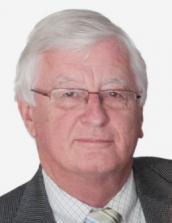 Often, if a complaint raises concerns about a practitioner’s competence, the matter will be referred back to the Council for consideration. Recently, several cases have raised concerns about practitioners’ judgement on when to stop a procedure and reassess before adverse consequences occur.

We wanted to share some of these cases with you to show how even small lapses in concentration or judgement can result in harm to the patient.

The practitioner made the decision to book an extra appointment to attempt to bypass the fractured file and complete the treatment. Neither the patient nor the parents were told what had occurred. Bypassing the file proved difficult so a further appointment was scheduled and that attempt resulted in a perforation and a completely unsatisfactory result. Some time later, further symptoms required attention from another practitioner and the patient and parents finally became aware of the true situation. They formally complained to the HDC.

There were several missed opportunities to minimise the risk of complaint, including: 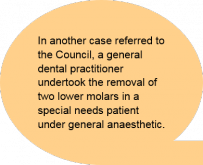 The lower second molar was straightforward (because of substantial alveolar bone loss) but the third molar was vertically impacted and the decision was made to remove bone to access the tooth and facilitate help its removal. Subsequently, the patient returned with pain and swelling and it became clear there was a fracture of the mandible. 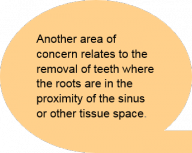 A practitioner attempted to remove a fractured palatal root from an upper molar only to have it disappear into the sinus. The missed opportunities included a careful preoperative assessment; adapting the technique to the clinical situation; and the ability to stop, reflect and perhaps refer to an appropriate colleague.

A practitioner recommended the removal of third molars for a 20 year old. The lower molars were visible and impacted. An OPG radiograph, taken at another practice, showed upper third molars present but unerupted. The decision was taken to remove the uppers as well, but on raising a flap the practitioner was surprised to see there was no tooth present. On a closer inspection, it became apparent the OPG belonged to someone else – it had been incorrectly labelled at the other practice.

A patient was scheduled to have a small interproximal restoration and was summoned from the classroom to the clinic. After starting the cavity preparation, it became clear there were in fact no caries present. The patient had the same first name as another person who was scheduled to have something completely different. A simple question such as “where do you live?” to confirm identity, may have been sufficient to avoid this adverse outcome.

A dentist was asked to remove a second deciduous molar because there was no permanent successor. The dentist was expecting a deciduous second molar to be the second tooth from the back but, unfortunately, the second lower molar was erupted, so the forceps were placed on the first molar and, as the tooth came out, it became clear a major error had occurred.

Our chairside assistants, and other staff members, can bring a fresh perspective and can often see a bigger picture. We need to have an environment where our practice staff feel free to speak up. We need to encourage our staff to be vigilant and to be able to raise concerns with the clinician when they arise. If they get it wrong, they should still be thanked and encouraged to continue to raise concerns in the future.

It is important to appreciate, in commenting on the treatment by someone else, that you may not have all of the facts, and any comments you make may well have to be repeated under careful scrutiny at a later date.

And, finally, a word on the Council’s practice standards…

Practice standards have been established by the Council to ensure public safety by requiring oral health practitioners to maintain competence throughout their practising career.

By adhering to these standards, we can minimise the risks of adverse outcomes and claims or complaints from our patients.

In the scenarios described above, it is clear numerous incidents occur where standards are not met. The Council’s practice standards are available here. It is useful to familiarise yourself with these from time to time, with practice staff, to ensure ongoing compliance with the standards and to minimise the risk of harm to our patients.

Sometimes, small changes to the way you practise will help avoid harming patients.